A return to old-style patriarchy may not be feasible at this moment. 100 years of socialist and crypto-marxist policies has made sure of that and so-called “conservative” women are not willing to go back to putting on aprons and baking blueberry pies anytime soon. Let’s face it, women are in the workplace now (even though it takes three women to do the work of one guy). Women also gained the right to vote, despite the fact that they are hyperemotional, low-information voters.

Here’s how I think we can fix this, though:

First of all, restore a merit-based system with equality of opportunity and not outcome. This is paramount. Sure, some women may actually qualify to be in a leadership position (and they are more than welcome), but most of them won’t. Women are collectivist followers, not individual leaders. But hey, it’s equality, right? Just not the type of equality women like to hide behind and that will automatically grant them all sorts of privileges. Now they will actually need to have skills and talents to show for it. With fewer opportunities available to them, based on their innate capabilities (which don’t hold a candle to those of men), many women will then choose to leave the workplace, get married, start a family and depend on their husbands again as the sole provider. No need to abolish female jobs, just no more gender quota and other insane state-enforced priviliges.

Secondly, introduce a merit-based system to stop women (and weak men) voting these socialist goons into office. Let’s restrict the right to vote to those, male or female, who contribute to and serve their country either economically or militarily. Ask not what your country can do for you, but what you can do for your country. Why should welfare queens and basement dwellers have voting rights anyway? Of course we should make an exception for retirees and veterans, since they have already served their nation. Voting rights used to be restricted to land ownership and early feminists lost their minds (even though 4 out of 10 men didn’t own property either, but don’t let logic get in the way of the female mind). Now it will be about the willingness to work or fight for your country. No rights without responsibiliies. Since women don’t like taking responsibility, they will drop out of the workforce and military en masse and start baking pies instead, thus giving up the right to vote. We’ll call it “fair inequality”, how about that?

This should level the playing field considerably. Those women (most likely tomboys with testosterone) willing to put in the extra hours and prove their worth will stay on, those that fail miserably at performing their duties and tasks (which is most of them) will either get fired or quit on their own accord. It literally won’t pay off anymore to be a “strong and independent” female – especially since there’s no welfare system to fall back on, thus forcing women to rely on their husbands once more. Welfare is the life blood of feminism, so let’s choke it at the source. Furthermore, put an end to legalized abortion. A nation that won’t take care of its kids has no future. Lastly, take divorce proceedings out of the family court system and put it back under contract law. Breaking up a marriage will then be equal to breaching a business agreement, for which you need to be able to produce factual proof. No more false rape and DV accusations! Custody should be awarded to those that are economically viable to provide for the kids (i.e. men). No more single moms and feminization of boys!

If we do this right we can close off all avenues and they won’t even know what hit them. Just use the words “fair” and “equal” a lot and appeal to their collectvism by emphasizing the good of the nation. To save face, the new feminism will be about women choosing to become homemakers themselves, which “conservative” feminist leaders will call “empowering” and a “women’s right” (and which also happens to be true). We all know there’s no such thing as a conservative or right-wing female, but once the societal tide turns they will go with the flow, as they’ve always done. Women don’t make decisions based on a sense of duty or loyalty – those are male values. Women are selfish, materialistic and hypergamous, so take away all their incentives and sell it as “fairness” and “equality” and they will voluntarily give up voting rights and become wives and mothers again.

I think my plan is genius, don’t you? 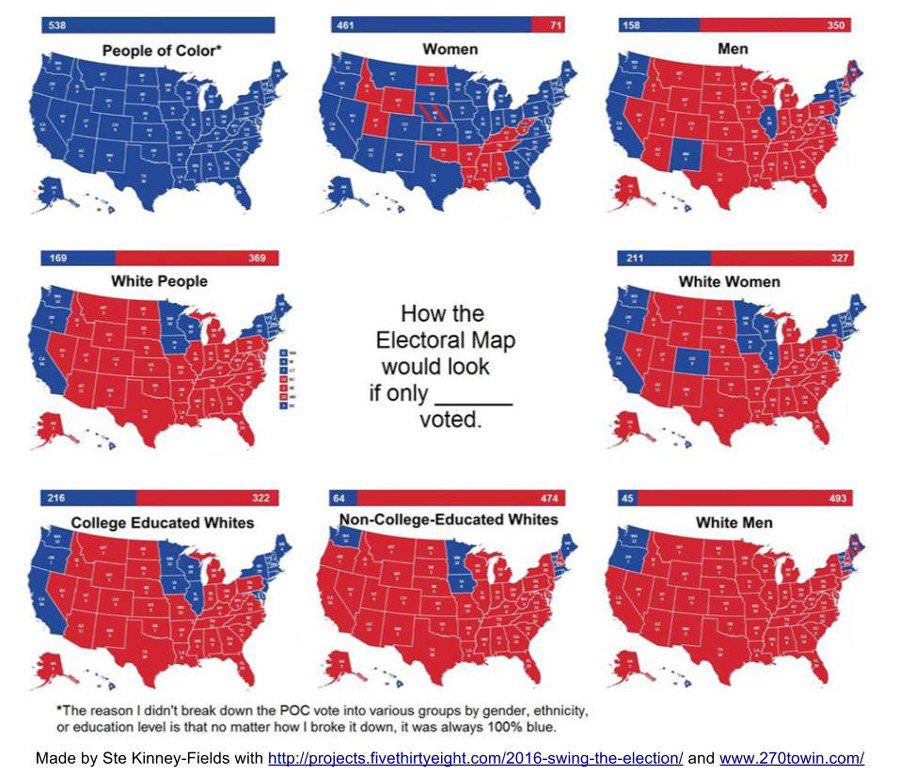